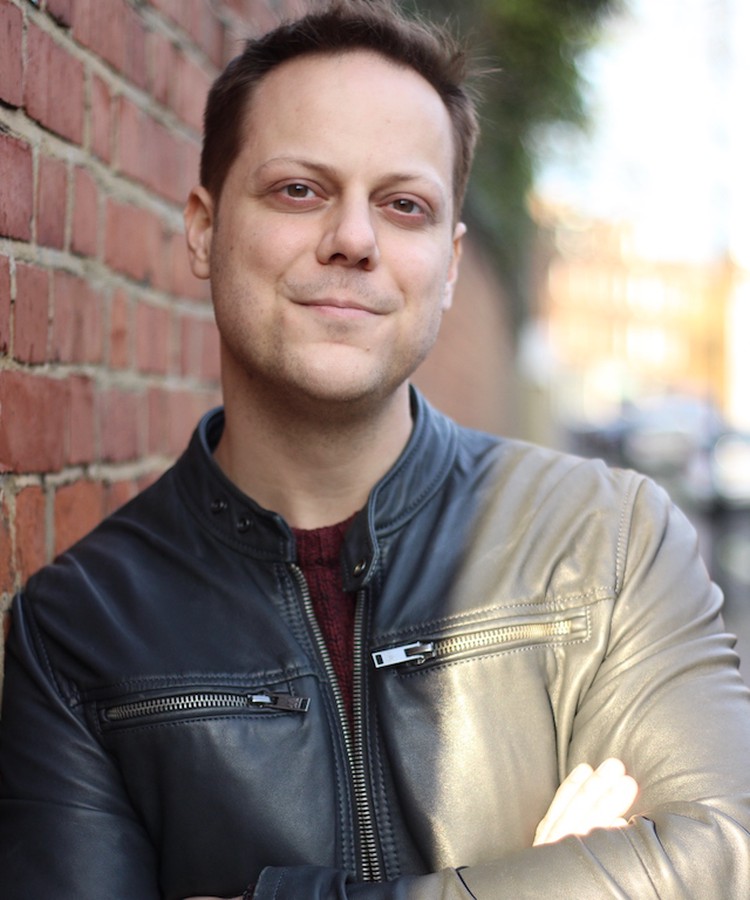 Currently, I am a senior staff research scientist at DeepMind, where I study reinforcement learning with forays into other topics in machine learning and neuroscience.

My research agenda focuses on finding the critical path to human-level AI. I believe we are in fact only a handful of great papers away from the most significant breakthrough in human history. With the help of my collaborators, I hope to move us closer; one paper, experiment, or conversation at a time.

Everything is theoretically impossible, until it's done.
— Robert A. Heinlein

Giants all the way down

Just after the frenetic sprint leading up to a conference deadline, I often end up chastising myself for not being more single-focus in my research. This weekend, while recovering from the ICML deadline, I found myself replaying the same familiar thought patterns: “I want to work deeply on only a couple of projects”, then “What would those be now that the slate is clean”, and finally, realizing that I have listed a half-dozen projects that should start immediately!
Will Dabney
Last updated on Feb 9, 2020

How do we search for discovery?

Imagined for centuries, with unimaginable consequences and only examples from nature effortlessly demonstrating what is possible. The invention of flight bears numerous similarities with our on-going search for the discovery of human-level artificial intelligence (AI). Even today, as some of the most brilliant and successful people of our time recede into a type of paranoid fever dream about its dangers, others continue to argue true AI is simply impossible. We have been here before, and come …
Will Dabney
Last updated on Jan 11, 2020 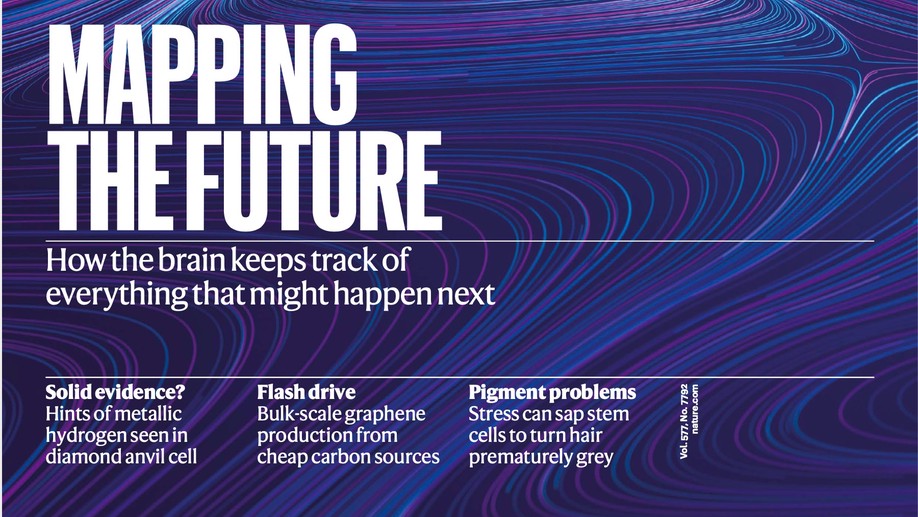 Since its introduction, the reward prediction error theory of dopamine has explained a wealth of empirical phenomena, providing a unifying framework for understanding the representation of reward and value in the brain. According to the now canonical theory, reward predictions are represented as a single scalar quantity, which supports learning about the expectation, or mean, of stochastic outcomes. Here we propose an account of dopamine-based reinforcement learning inspired by recent artificial intelligence research on distributional reinforcement learning. We hypothesized that the brain represents possible future rewards not as a single mean, but instead as a probability distribution, effectively representing multiple future outcomes simultaneously and in parallel. This idea implies a set of empirical predictions, which we tested using single-unit recordings from mouse ventral tegmental area. Our findings provide strong evidence for a neural realization of distributional reinforcement learning.

We consider the problem of efficient credit assignment in reinforcement learning. In order to efficiently and meaningfully utilize new data, we propose to explicitly assign credit to past decisions based on the likelihood of them having led to the observed outcome. This approach uses new information in hindsight, rather than employing foresight. Somewhat surprisingly, we show that value functions can be rewritten through this lens, yielding a new family of algorithms. We study the properties of these algorithms, and empirically show that they successfully address important credit assignment challenges, through a set of illustrative tasks. 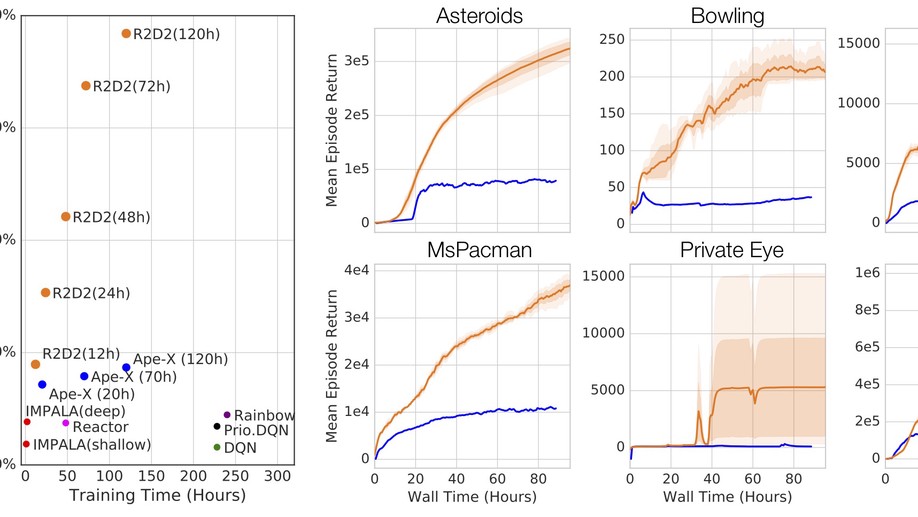 Building on the recent successes of distributed training of RL agents, in this paper we investigate the training of RNN-based RL agents from distributed prioritized experience replay. We study the effects of parameter lag resulting in representational drift and recurrent state staleness and empirically derive an improved training strategy. Using a single network architecture and fixed set of hyper-parameters, the resulting agent, Recurrent Replay Distributed DQN, quadruples the previous state of the art on Atari-57, and matches the state of the art on DMLab-30. It is the first agent to exceed human-level performance in 52 of the 57 Atari games. 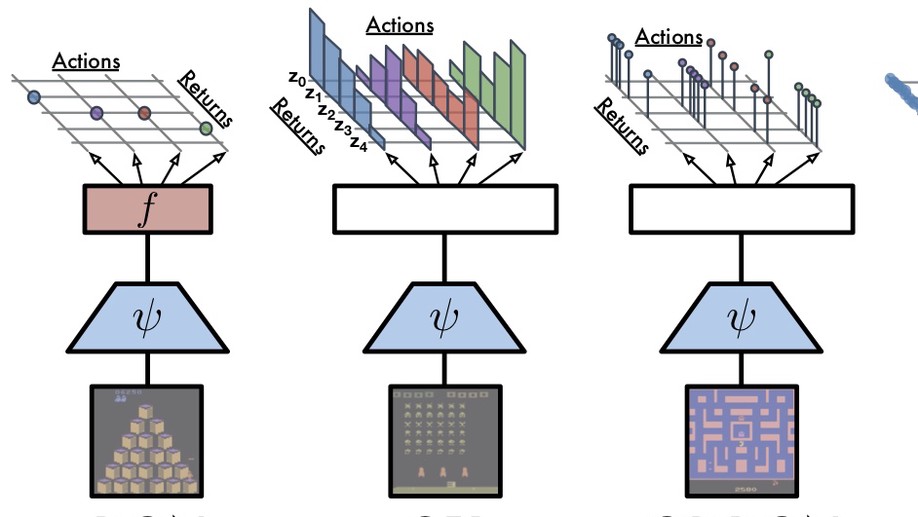 In this work, we build on recent advances in distributional reinforcement learning to give a generally applicable, flexible, and state-of-the-art distributional variant of DQN. We achieve this by using quantile regression to approximate the full quantile function for the state-action return distribution. By reparameterizing a distribution over the sample space, this yields an implicitly defined return distribution and gives rise to a large class of risk-sensitive policies. We demonstrate improved performance on the 57 Atari 2600 games in the ALE, and use our algorithm's implicitly defined distributions to study the effects of risk-sensitive policies in Atari games. 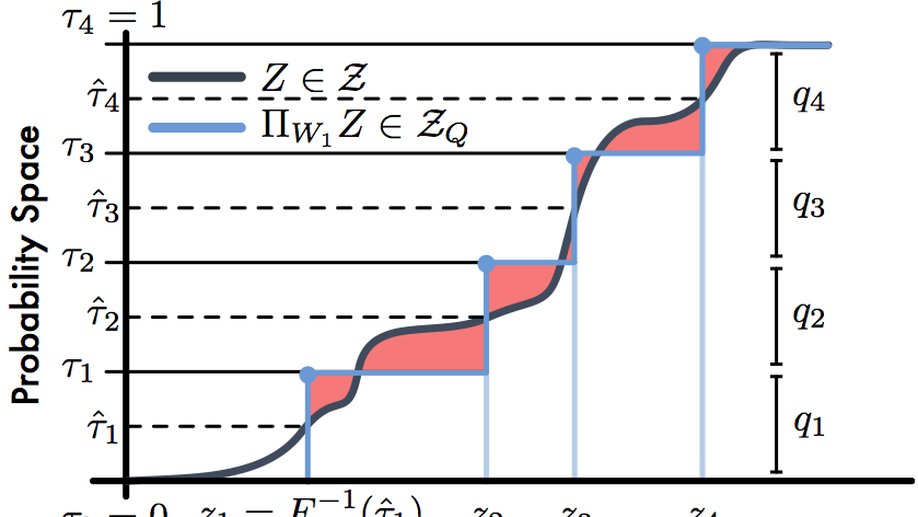 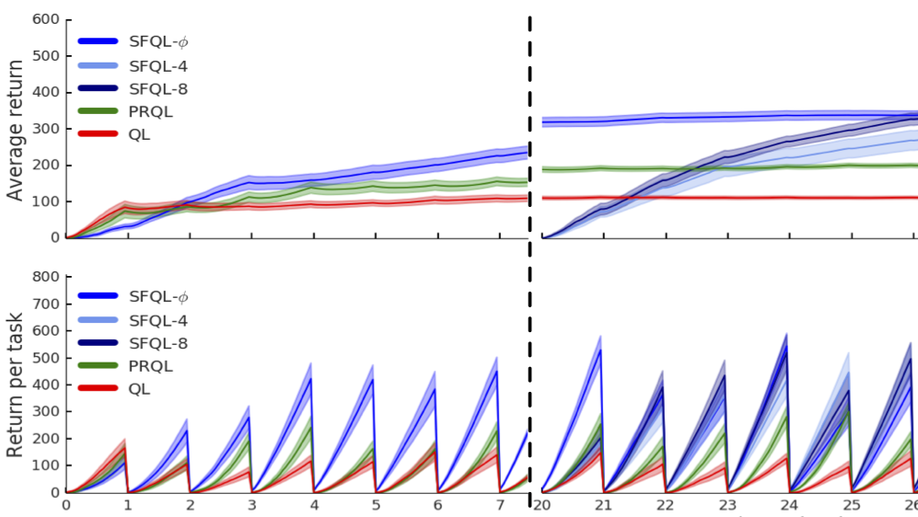 Transfer in reinforcement learning refers to the notion that generalization should occur not only within a task but also across tasks. We propose a transfer framework for the scenario where the reward function changes between tasks but the environment's dynamics remain the same. Our approach rests on two key ideas:” successor features”, a value function representation that decouples the dynamics of the environment from the rewards, and” generalized policy improvement”, a generalization of dynamic programming's policy improvement operation that considers a set of policies rather than a single one. Put together, the two ideas lead to an approach that integrates seamlessly within the reinforcement learning framework and allows the free exchange of information across tasks. The proposed method also provides performance guarantees for the transferred policy even before any learning has taken place. We derive two theorems that set our approach in firm theoretical ground and present experiments that show that it successfully promotes transfer in practice, significantly outperforming alternative methods in a sequence of navigation tasks and in the control of a simulated robotic arm. 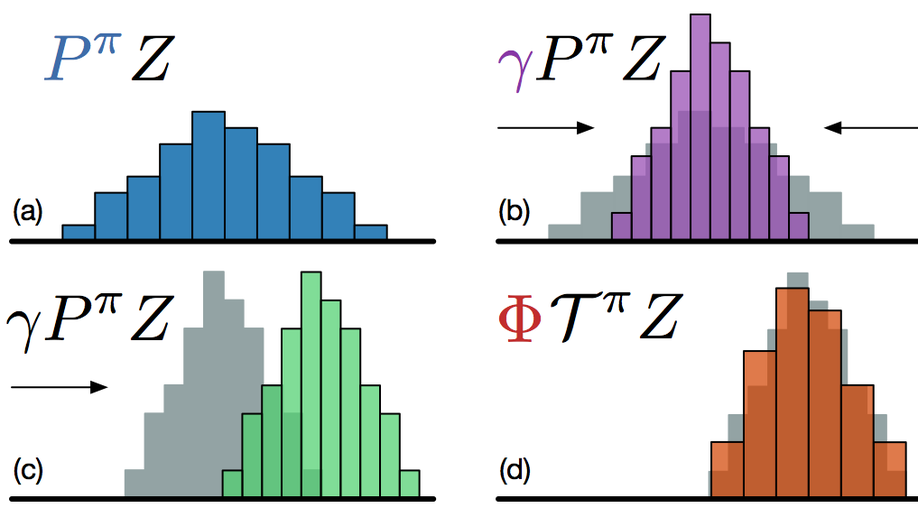 A distributional perspective on reinforcement learning

A great variety of off-policy learning algorithms exist in the literature, and new breakthroughs in this area continue to be made, improving theoretical understanding and yielding state-of-the-art reinforcement learning algorithms. In this paper, we take a unifying view of this space of algorithms, and consider their trade-offs of three fundamental quantities: update variance, fixed-point bias, and contraction rate. This leads to new perspectives of existing methods, and also naturally yields …
Mark Rowland, Will Dabney, Rémi Munos
PDF

The principal contribution of this paper is a conceptual framework for off-policy reinforcement learning, based on conditional expectations of importance sampling ratios. This framework yields new perspectives and understanding of existing off-policy algorithms, and reveals a broad space of unexplored algorithms. We theoretically analyse this space, and concretely investigate several algorithms that arise from this framework.
Mark Rowland, Anna Harutyunyan, Hado van Hasselt, Diana Borsa, Tom Schaul, Rémi Munos, Will Dabney
PDF

It has been established that diverse behaviors spanning the controllable subspace of a Markov decision process can be trained by rewarding a policy for being distinguishable from other policies. However, one limitation of this formulation is the difficulty to generalize beyond the finite set of behaviors being explicitly learned, as may be needed in subsequent tasks. Successor features provide an appealing solution to this generalization problem, but require defining the reward function as …
Steven Hansen, Will Dabney, Andre Barreto, David Warde-Farley, Tom Van de Wiele, Volodymyr Mnih
PDF

Since its introduction, the reward prediction error theory of dopamine has explained a wealth of empirical phenomena, providing a unifying framework for understanding the representation of reward and value in the brain. According to the now canonical theory, reward predictions are represented as a single scalar quantity, which supports learning about the expectation, or mean, of stochastic outcomes. Here we propose an account of dopamine-based reinforcement learning inspired by recent artificial …
Will Dabney, Zeb Kurth-Nelson, Naoshige Uchida, Clara Kwon Starkweather, Demis Hassabis, Rémi Munos, Matthew Botvinick
PDF 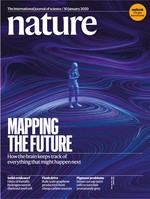 A Geometric Perspective on Optimal Representations for Reinforcement Learning

We propose a new perspective on representation learning in reinforcement learning based on geometric properties of the space of value functions. We leverage this perspective to provide formal evidence regarding the usefulness of value functions as auxiliary tasks. Our formulation considers adapting the representation to minimize the (linear) approximation of the value function of all stationary policies for a given environment. We show that this optimization reduces to making accurate …
Marc G. Bellemare, Will Dabney, Robert Dadashi, Adrien Ali Taiga, Pablo Samuel Castro, Nicolas Le Roux, Dale Schuurmans, Tor Lattimore, Clare Lyle
PDF
See all publications